CABE Networks in London and Guildford

Stephen Bampfylde, Founder and Chair, Saxton Bampfylde, spoke on “ Accessibility“ – and how we might go about reviewing and re-inventing our lives, listening and reflecting on the life God meant us to have…

2007: Lord Griffiths of Fforestfach (Vice Chairman, Goldman Sachs) on “ Home“.
Is your organisation “faith friendly”? What are the benefits to organisations of being faith friendly? How should we be good followers of Christ and effective witnesses at work?

Philip Green spoke from his experiences – both personal and business on the importance of Leadership and importantly “Responsible Leadership”. [Download not found] together with the challenges left with the audience of Christians in Business today.

[Download not found] 2009 CABE Paper by Jill Garrett, Assistant CEO, LT Consulting. Jill presented comprehensive evidence to support the proposition – which is just how our Creator made us.

[Download not found] 2008 CABE Paper by Christina Rees, Director of The Churchfield Trust, Chair of WATCH and Archbishops Council. Christina shared her passions and perspectives from experiences in the public and voluntary sectors.

[Download not found]. 2007 CABE Paper by Philip Green, CEO United Utilities. Be inspired by reading about his experiences at P&O Nedlloyd and United Utilities and his views on dilemmas facing Christians in business.

Contact Us CABE Paper by Peter Shaw (Jun 2006). Peter Shaw is an Executive Coach and was formerly a Director General in Government. He worked in five Government Departments: Education, Treasury, Employment, Transport and Environment. He is a Partner at Praesta Partners which is a specialist coaching organisation. Peter is a Reader in the Guildford Diocese, a Governor of St John’s College, Durham, a member of the Court of Newcastle University, a Governor of Godalming College and a former Visiting Professor at Durham University. He is also a trustee of CABE.

Contact Us Tenth CABE Paper by Patrick Lavin (March 2006). Is it possible for a high performing company to sustain and improve its performance by an exclusive focus on the financial bottom line? Harrison Owen thinks not. He identifies an underlying situation in such a company, simply expressed in the question ‘Why do we look so good when we feel so bad?’ And the reason for this rests in the key determinant of the spirit within the company…

Contact Us from the 9th CABE Paper by Mark McAllister (May 2005).

Peter Shaukat, founder and CEO of a global network of businesses spoke about “ Contact Us” at the CABE Network on 22 April 2009.

John Ripley, former deputy CFO, Unilever challenged us about “[Download not found]”  and “why we shouldn’t leave our shoes outside the church” at the CABE Network on 18 March 2009.

Sally Muggeridge, Chief Executive of the Industry and Parliament Trust spoke about her uncle  Contact Us and his journey from agnosticism to catholicism, at the CABE Network on 11 February 2009.

[Download not found] from the talk by Chan Abraham, Group Chief Executive, Luminus on 15 October 2008.

[Download not found] from the talk by Claire Pedrick, Director, 3D Coaching on 17 Sepember.

[Download not found] from the talk by Sheryl Haw, Humanitarian Aid Work Consultant and Trainer gave on 11 June.

[Download not found] from the talk by Matthew Frost, Chief Executive, Tearfund gave on 12 March.

[Download not found] from the talk by Joshua Rey, Executive Director, London Employer Coalition and Head of the Strategy and Performance Directorate at the UK Commission for Employment and Skills gave on 13 February.

[Download not found] from the talk by Herta von Stiegel, Executive Chairman of Stargate Investment Management Group gave on 16 January.

from the talk by Eddie Donaldson (head of UK HR, KPMG) gave on 14 November.

“CABE is an opportunity to learn and share from experienced business leaders with faith at their core and a passion to influence their worlds for Christ.” 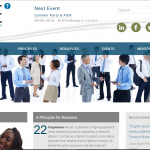